Dantecolle.com brings you all the lastest video from MEN dot com 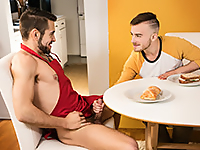 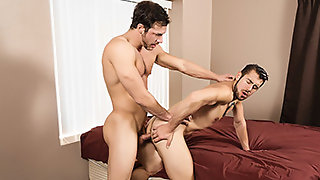 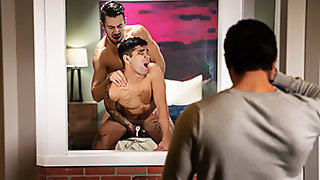 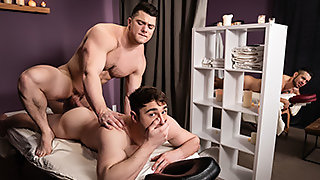 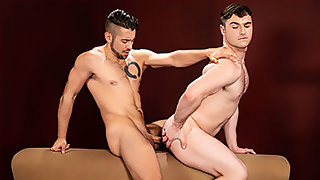 Dante Colle is an adventurous young man from Chicago, with boyish looks which drive a lot of guys wild. He follows a strict diet and loves to work out, and as much as he loves a good hard cock, he also loves to go sky diving.

This sexy stud is five feet eleven inches tall, has a lean body, a bit of scruff around his cute face and has a big tattoo on his chest. He has dark brown hair, and he is versatile with a seven-inch-thick cut cock and a lovely set of balls which he loves to get licked, sucked and played with – want to help him out? Because you would be welcome. You see, Dante is a firm believer in sexual fluidity, and is happy to swing any way people want him to. He is a beast in bed, they say, and has more stamina than a cross-country runner, which, by the way, is something else he likes to do.

Dante Colle was born as Alec Mark Kompanik on August 1st 1994, and he is now in his prime at the age of twenty-five.

Dante was a male cheerleader at his high school, which shows how flexible this cute guy really is. After that, he joined the Navy and trained for the special forces. Dante has it all, good looks, a bubbly personality, and he obviously fits into any kind of uniform with ease. Use your imagination, pick any fantasy you want, and I am sure he will be right there in the middle of it. He loves to get his cute tight ass drilled by a hard cock, and he also likes to do the fucking, so he's wonderfully versatile, as well as everything else. This guy just doesn't care; as long as its sex, and someone is willing, then so is he.

He was first discovered by Corbin Fisher when Dante Colle saw a job advertised, and after replying, he has never looked back, except to see who, or how many people are behind him getting ready to sink their meat into that tight ring piece of his.

Other guys you can see him having sex with are stars such as Jack Hunter, Pierce Paris, Vadim Black and Arad Winwin, to name just a few other lucky guys.

He also loves the high life, but he classes himself as a minimalist, and he lives in an RV trailer and says he lives of just $1,000 a month. I'm not surprised, really as he is a busy man. Dante Colle has taken life to the fullest, and if there is a sense of danger in something, he will be right there at the front. Even a couple of near-death experiences when he has been sky diving hasn't put this real-life action man off, in fact, he lusts for more of it.

He has enjoyed all the companies he has worked for, but he really likes working with the award-winning team at Men.com. Off screen, he makes everyone laugh and jokes about, but as soon as that camera is on him, it's down to hard work, and down usually down on a hard dick.